Donald Trump Is Unfairly Demonized by Both Parties and The Media 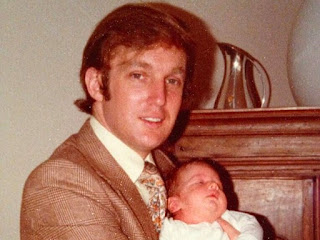 Donald Trump is a polarizing character to say the least, but he's certainly being treated unfairly by the mainstream media on both the left and right. He may have gotten a loan from his successful father in his early life, but he turned that into billions and he also took his father's business to the next level against his father's advice. Until Donald took over, the Trump name meant nothing beyond Queens. If his father were alive today, Fredrick Trump would tell us all that Donald did what he could never have done. Donald took his father's American Dream and turned it into an American Fantasy!

Donald Trump took chances his father would never have taken, but he always took calculated risks. He may have a lost a few, but he won most and he helped change New York City from a nearly bankrupt failure of 1970s politics back into the jewel of America.

As a small business owner and entrepreneur, I have followed "The Donald" for years. It was his promotion of the famous book, "The Power of Positive Thinking," that started my long trip as an entrepreneur. The book was written by Norman Vincent Peale, a Methodist minister who Trump had heard in sermons during his early life. Trump got to hear the message of this book in person and he took it to heart, eventually writing his own book, "The Art of the Deal".

Many people don't realize that Trump's presidential slogan, "Lets Make America Great Again", was actually the slogan of Ronald Regan in his 1980 campaign - which Trump publicly supported. Trump was a registered Republican until 1999 when he became an Independent after showing lots of support for Bill Clinton. Then in 2001, he changed to Democrat, but in 2009 Donald went back to Republican in reaction to his dismay with the Obama administration.

I believe Donald Trump is a "real guy" who really cares although he may say things that freak some people out. That's merely because he's not one of them - The Powers That Be. I believe his heart is in the right place and he has the brain power and empathy to help make America great again. Lets hope he can beat the powers that be who run both sides - Democrats and Republicans. Either way, the last thing we need is another Clinton, Bush or pre-registered politician who makes side deals at every turn.

As a small business owner, I believe Donald Trump can bring jobs back to America and he'll be more inclusive than politicians from either side because he is not a politician. Donald Trump is simply an American just like the rest of us. Just like Regan, Trump has switched parties several times because he's frustrated like the rest of us. He's also 69 years old just like Regan was when he was elected as president, which means he's wise and experienced in this world of political games. I really believe that Trump is closer to Ronald Regan than any other politician has ever been and regardless of his bombastic nature, Donald Trump could be America's best option in the toughest times since World War 2.

One more thing - the media on both sides should be very ashamed of themselves and all Americans should disregard anything the media tells them regardless of your political affiliation. Vote with your hearts as Americans and it will all be good. Together we can make America great again.
Posted by Unknown at Sunday, December 20, 2015