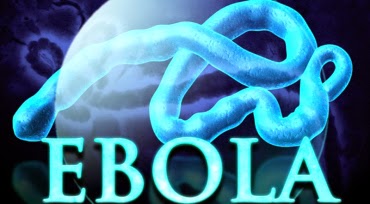 The inventor of the world’s first Capsaicin nasal spray has launched a campaign to study its effects against the dreaded Ebola virus. Wayne Perry launched his first pepper nasal spray in 2003, and today his fiery health products are sold in thousands of stores including Walgreens, CVS, Walmart and Vitamin World. As the active heat component of hot peppers, capsaicin has been clinically proven to suppress the human inflammatory response against a variety of diseases. Under his company Greensations, Perry is proposing a study using intranasal and injectable capsaicin to help Ebola victims survive the disease.

While Ebola has just recently entered the United States, this virus has reared its ugly head in Africa for nearly 40 years. The first outbreak hit in 1976, and since then Ebola outbreaks have appeared in various regions every few years in small, but growing numbers. This most recent outbreak has spread throughout five nations of Africa and beyond, becoming the worst Ebola outbreak on record.
Although Ebola does horrific damage to the body, it can only kill by turning the immune system against itself. Ebola uses the body’s own immune response to inflame vital organs and cause vascular overload that eventually kills the host through a process known as Sepsis.

Ebola mortality rates average 70%, but researchers are more concerned about the 30% who survive. People who survive Ebola are somehow able fight off the disease, through immunity and by suppressing the release of inflammatory chemicals and proteins. While the method of survival is not fully understood, one tiny African country may unlock the secret.

The nation of Gabon experienced its first Ebola outbreak in 1994. While the mortality rate remained at 70%, researchers found 15% of the population had natural antibodies making them immune to Ebola, and the other 15% were able to fend off the onset of sepsis. There are several theories to explain the Gabonese antibodies, including the fact that some villagers had eaten fruit previously nibbled on by infected bats - thus vaccinating themselves. As for the ability to fend off sepsis, researchers speculate that it may have something to do with the fiery hot pepper sauces used in Gabonese cuisine. By suppressing the inflammatory response, Capsaicin could theoretically allow patients to fight the virus and survive.

“Capsaicin is clinically proven to suppress inflammatory chemicals and cytokine proteins caused by all kinds of diseases. We need to fund a study that proves the efficacy of capsaicin against viruses and Ebola is the best place to start. I believe the best delivery method would be a nasal spray or injections since the virus doesn’t allow patients to keep down food or drink,” says Wayne Perry, President of Greensations.

Perry’s company specializes in capsaicin remedies targeting a variety of inflammatory conditions. While the small company focuses on common ailments, they’re looking to partner with larger entities to find out if capsaicin can also be effective against Ebola and other viruses. Greensations is proposing a clinical trial using a supercharged version of their hot pepper horseradish nasal spray known as Sinus Plumber. The sinus version works by depleting inflammatory chemicals throughout the nasal cavities and Trigeminal nerve to relieve congestion and pain. The plan is to formulate a special “extra strength” nasal spray using capsaicin as the active ingredient and caffeine as the carrier, to directly target the central nervous system through the blood-brain barrier.

“Caffeine increases permeability by eighty percent and when you mix it with capsaicin, it instantly crosses the blood-brain barrier and enters the central nervous system. We can’t afford to fund our own Ebola study, but we could supply product to the CDC and governments around the world. We’re prepared to provide free nasal sprays to legitimate researchers in hopes of finding a way to decrease mortality rates. This study could help develop something that enhances survivability for many viruses beyond Ebola,” adds Perry.

UPDATE (10/24/14)
We contacted the CDC and the Liberian Embassy in recent days and both seemed to not take our proposal seriously. Our CEO sent 20 minutes speaking with an anti-ebola coordinator from the Liberian government. He presented all the evidence for capsaicin therapy and promised to follow up with his medical counterparts. They promised to get back to us within a day or so. It's been a week and we still haven't heard anything.
Posted by Unknown at Friday, October 17, 2014