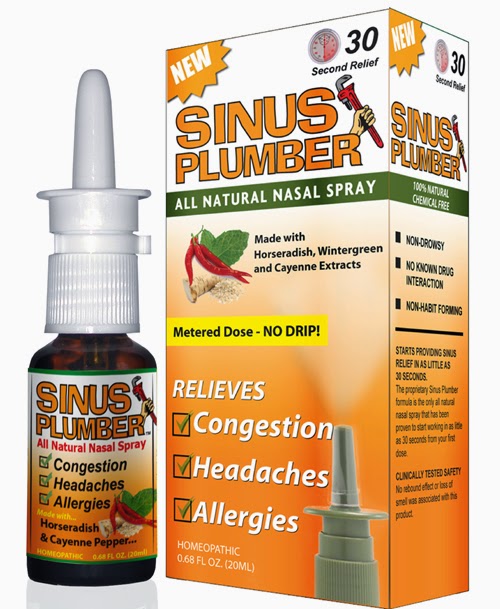 The nation's top allergists are warning that 2014 is likely to be the worst allergy season ever thanks to unusual weather patterns and fluctuating temperatures. Pollination typically begins in late February, but since the cold weather has lasted well into April this year, spring is starting nearly two months late in most parts of the United States. While a late spring generally results in a shorter allergy season, doctors warn pollen could hit in one heavy dose that hasn't been experienced before.

"As soon as it starts to rain and get warmer, it'll be grass and pollen coming out in large quantities," says Dr. Joseph Leija of Gottlieb Memorial Hospital in Melrose Park, Illinois.

Those large quantities of pollen create large problems for allergy suffers with severe congestion, runny nose, itching, watery eyes, headaches and sneezing, but there is a natural answer according to Wayne Perry, CEO of GSC Products, LLC.

“The combination of hot peppers and horseradish relieves and prevents allergy symptoms when delivered in a nasal spray. While the first feeling is an intense burning sensation, it only lasts a few seconds and then comes the relief. We’ve created the world’s first hot pepper horseradish nasal spray known as Sinus Plumber and it instantly relieves most allergy symptoms in less than a minute”.

Sinus Plumber is the brainchild of Wayne Perry, creator of the world’s first hot pepper nasal spray known as Sinus Buster. This new formulation takes Perry’s original invention to the next level of natural allergy and sinus relief by combining capsaicin with horseradish and wintergreen. Sinus Plumber is available in thousands of stores including national chains such as Vitamin World. Samples are available upon request to verified media and medical personnel.