Greensations: People Trust a Tale of Failure from Success Magazine 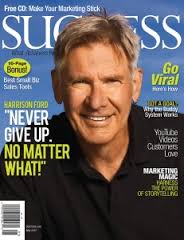 (from Success Magazine - May 2013 Issue)...Wayne Perry has parlayed the failure of a past business into the success of a current one. In 2004 and with $350, Perry invented Sinus Buster, which he says was the first hot-pepper nasal spray intended as a headache reliever. The product received shout-outs from Oprah Winfrey, Howard Stern and other media luminaries. When major chains including Walgreens, CVS and Wal-Mart took notice, he signed on with a venture capital firm to expand the company in 2008. But the deal quickly soured as the new owners changed Perry’s invention and shut him out of decision-making. Stock prices fell, Perry says.

That is the bad news. The good news is that the bad news has been an enormous boost to his current company, Greensations, maker of natural healthcare products like Sinus Plumber pepper and horseradish spray and Wrinkle Butter, an earthworm poop wrinkle cream. Perry launched Greensations in 2010 and expects to gross $1 million by 2014.

And while the natural, USA-made products seem to be a hit with bloggers and customers who try them, it’s often Perry’s backstory of innovation, self-made success, failure and redemption that attracts the attention of trade press and retailers. “We use our backstory to gain the trust of retailers who rely on prior sales results,” Perry says. “For a new company, you don’t have a proven sales record, but having a founder who actually built a national brand gets our foot in the door.”

Perry’s story is broadcast via social media communications and by bloggers who are invited to try and review his products. Consumers love the story, too. After posting a picture of himself and a blurb about Sinus Buster at the bottom of Greensations’ homepage, bounce rates from the site dropped by 50 percent, Perry says. “That’s huge for web sales. For a small company trying to compete against the big guys and gain national distribution, web sales are as important as our wholesale accounts,” he says.