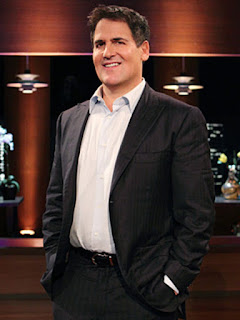 Mark Cuban appeared on the Howard Stern Show today. It was an awesome interview and Mark once again proved himself as the most honest billionaire in the world. As fun and interesting as the interview was, it reminded me about something Mark said on Shark Tank this season. Mark referred to one of his children as suffering from Eczema on a recent episode of Shark Tank. Yet with all his money and power, he has not been able to find a cure.


Unfortunately, there's no real cure for childhood eczema because it's an allergic response that worsens when sufferers scratch their itchy patches of irritated skin. Eczema is essentially another term for dermatitis, an unknown inflammatory skin condition with various causes. Affected areas of the skin appear very dry and scaly, and it's almost always unbearably itchy.

The most common type of eczema is known as Atopic Eczema, which basically means it's inherited from parents who have other allergies such as hay fever and asthma. Atopic Eczema affects up to 20% of children and 3% of adults. Most infants who develop eczema outgrow it by their tenth birthday, but some continue to suffer throughout their lives.

With proper treatment, this type of eczema can be controlled for some people, but there is no cure. The key to early healing is to stop the "Itch-Scratch Syndrome", which can literally drive sufferers crazy while leading to severe scratching and infections. The more they scratch, the worse it gets. Once an eczema sufferer is caught in the Itch-Scratch Syndrome, it doesn't matter what kind of medicine they use because the constant scratching keeps their skin from healing.

ThermaSkin Anti-Itch is the answer! Our ThermaSkin spray and roll-on is so powerful that it instantly stops any itch, whether it's from eczema, psoriasis, dermatitis or even systemic conditions such as kidney disease. ThermaSkin stops any itch within 60 seconds and we guarantee it!

If he does see this, I hope he tries ThermaSkin for his child because it really works! Check out ThermaSkin Anti-Itch at www.Greensations.com.
Posted by Unknown at Wednesday, February 20, 2013